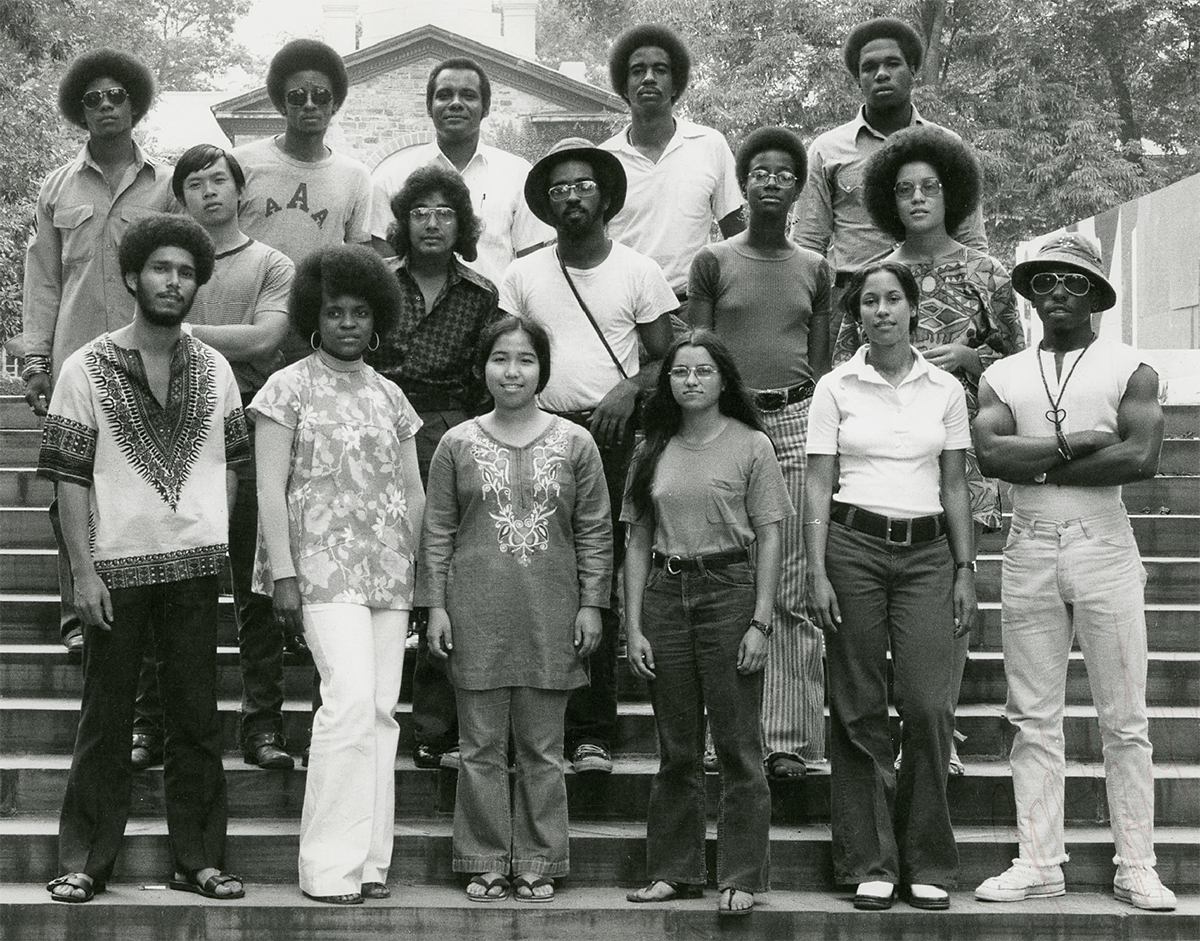 Princetonians have long fought for resources to support marginalized groups on campus.

In 1971, the Third World Center was established as a result of student protests to address the needs of students of color and cultivate greater understanding in the Princeton community. Black, Latinx, Asian, and other students came together to push for the Center, with Stanley Kwong as its first director. In 2002, the center was renamed the Carl A. Fields Center for Equality and Cultural Understanding. 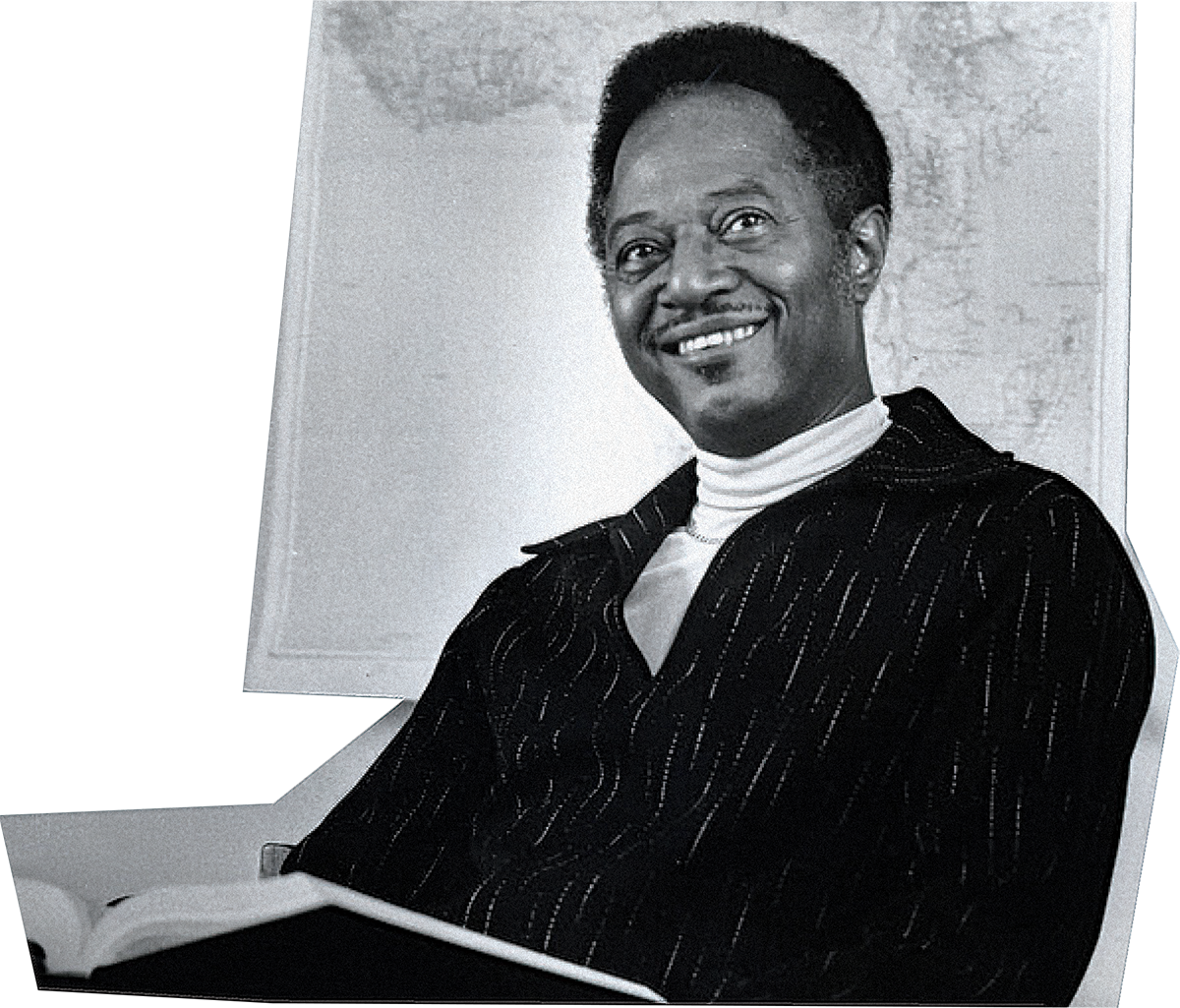 Dr. Carl A. Fields, who at Princeton became the first African American dean of an Ivy League university, helped to increase enrollment and retention for students of color. He was a mentor to many and played a role in establishing several student organizations, including the Association of Black Collegians. Founded just before Christmas in 1966, the ABC dedicated itself to “integrating [Black students’] intellects with definite action programs, both on and off campus.” 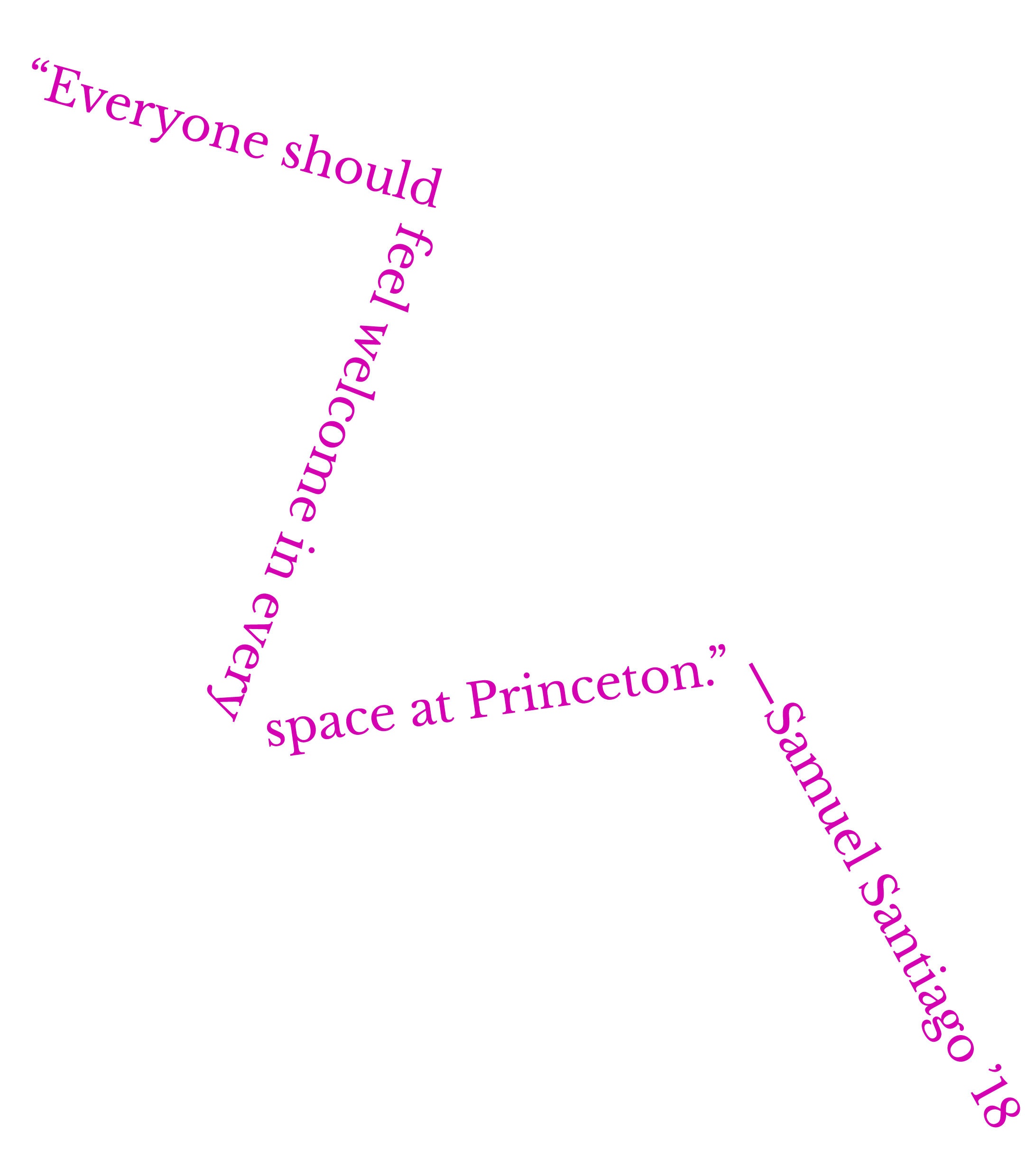 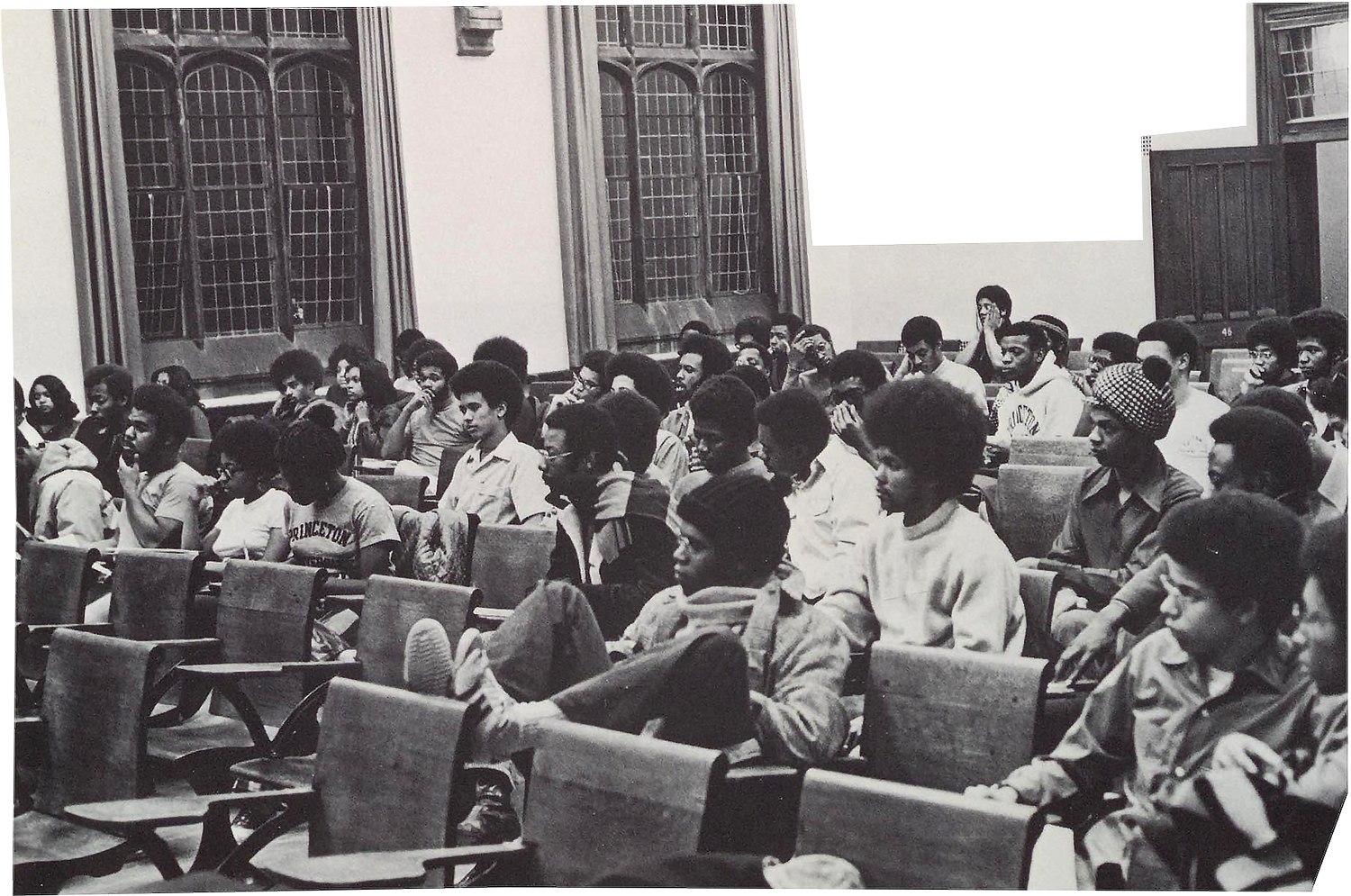 Image: The Association of Black Collegians in 1971. (Bric-a-Brac)

“Generally speaking, minority students were alien to the life and traditions of a place like Princeton. Our task was to familiarize them, as rapidly as possible, with customs, procedures, and social conditions that prevailed so they would be able to start out on an equal basis with students for whom the environs were less strange.”

—CARL A. FIELDS, ASSISTANT DEAN OF THE COLLEGE 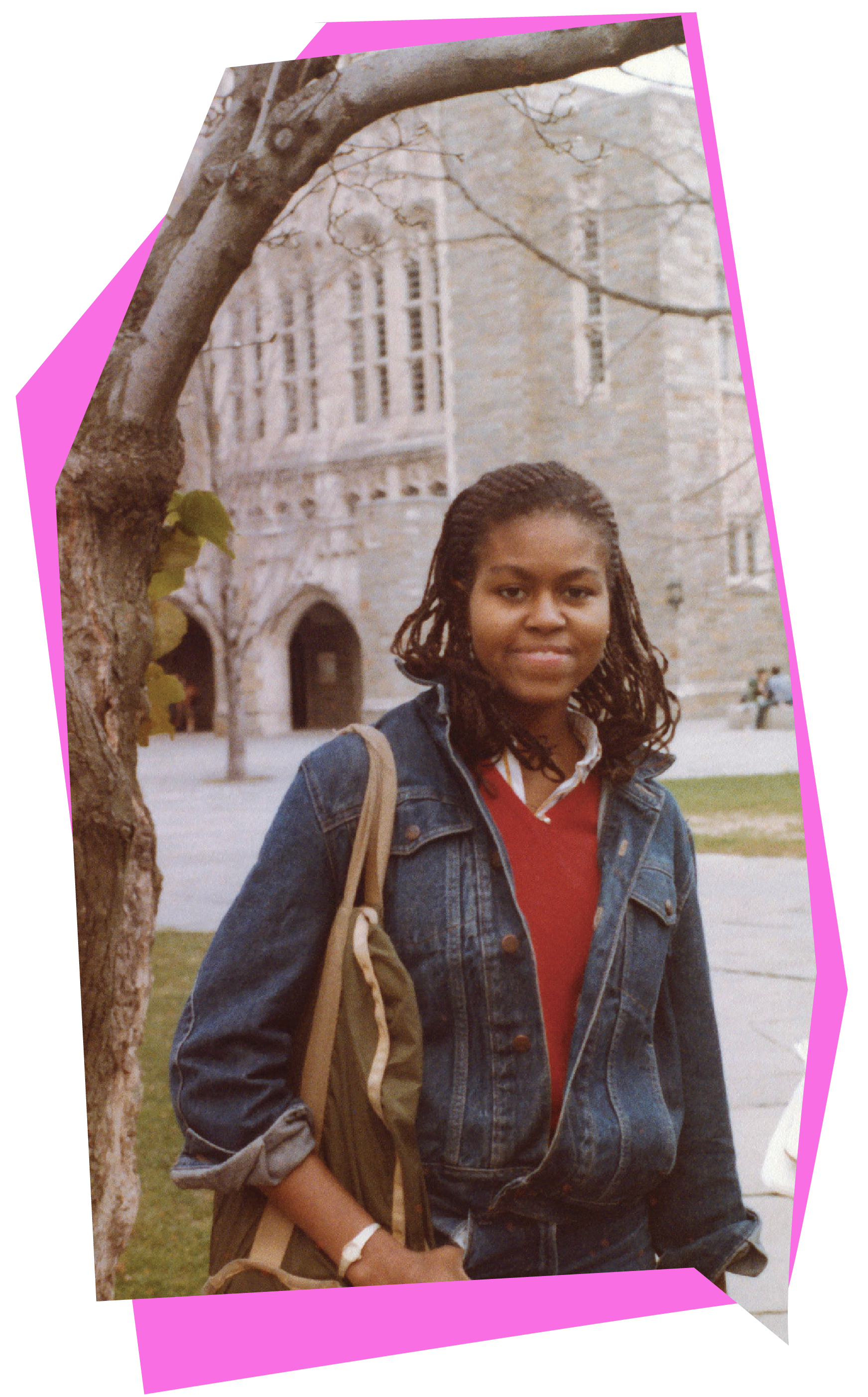 Michelle Obama ’85, known as Michelle Robinson while at Princeton, served on the governing board of the Third World Center in 1983. She was also on the Undergraduate Student Government’s Standing Committee on Race Relations. 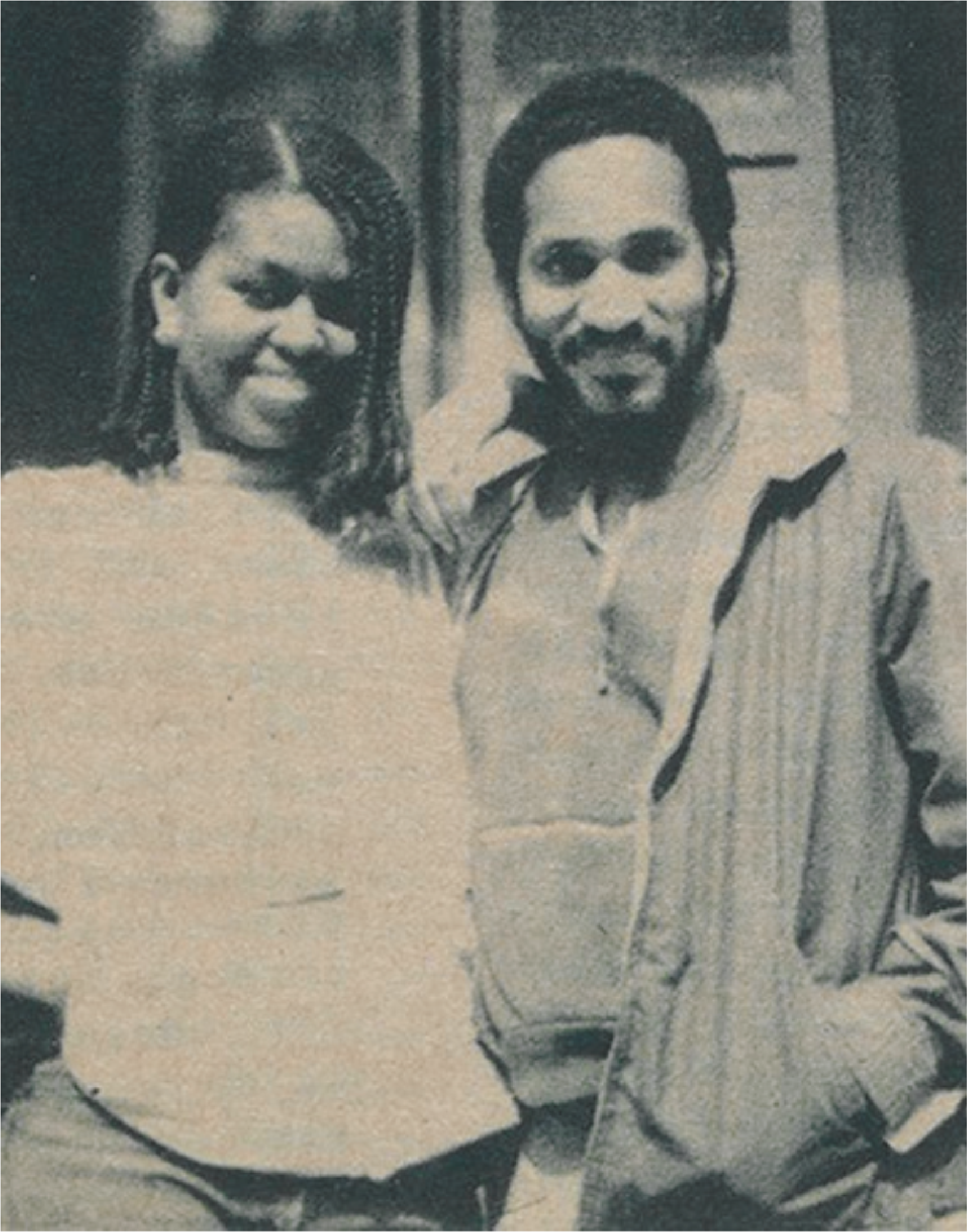 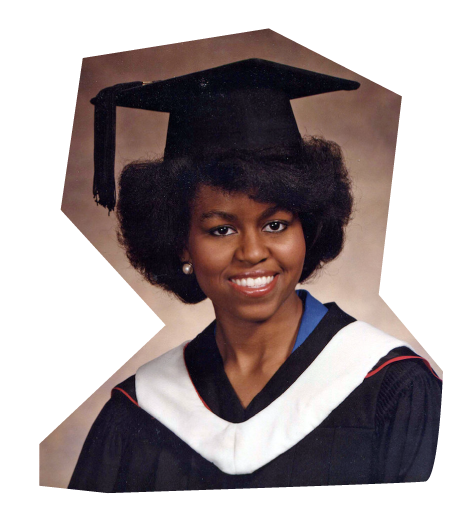 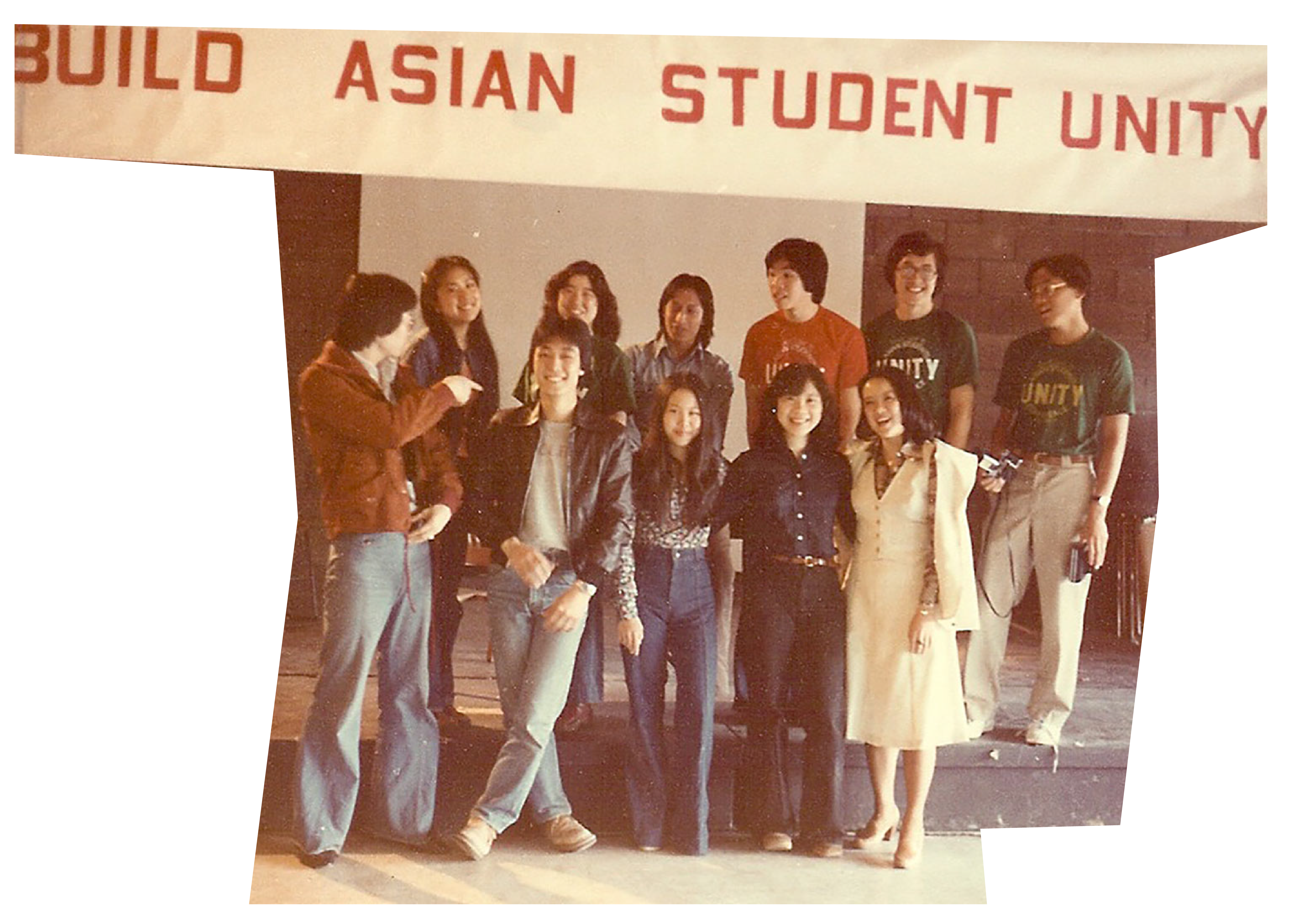 Black, Asian, Latinx, and Native students formed the Third World Coalition in 1971, staging a sit-in at Firestone Library to protest the University’s impending financial aid restrictions, which would limit poorer, mostly minority students on aid to about 10%. Later that year, students created the Asian American Students Association (AASA), which met regularly in Jones 100 and organized a major unity conference in 1978.
‍
Image: Students gathering at the Princeton Asian Unity Conference in 1978. (Carl A. Fields Center)
‍Source → 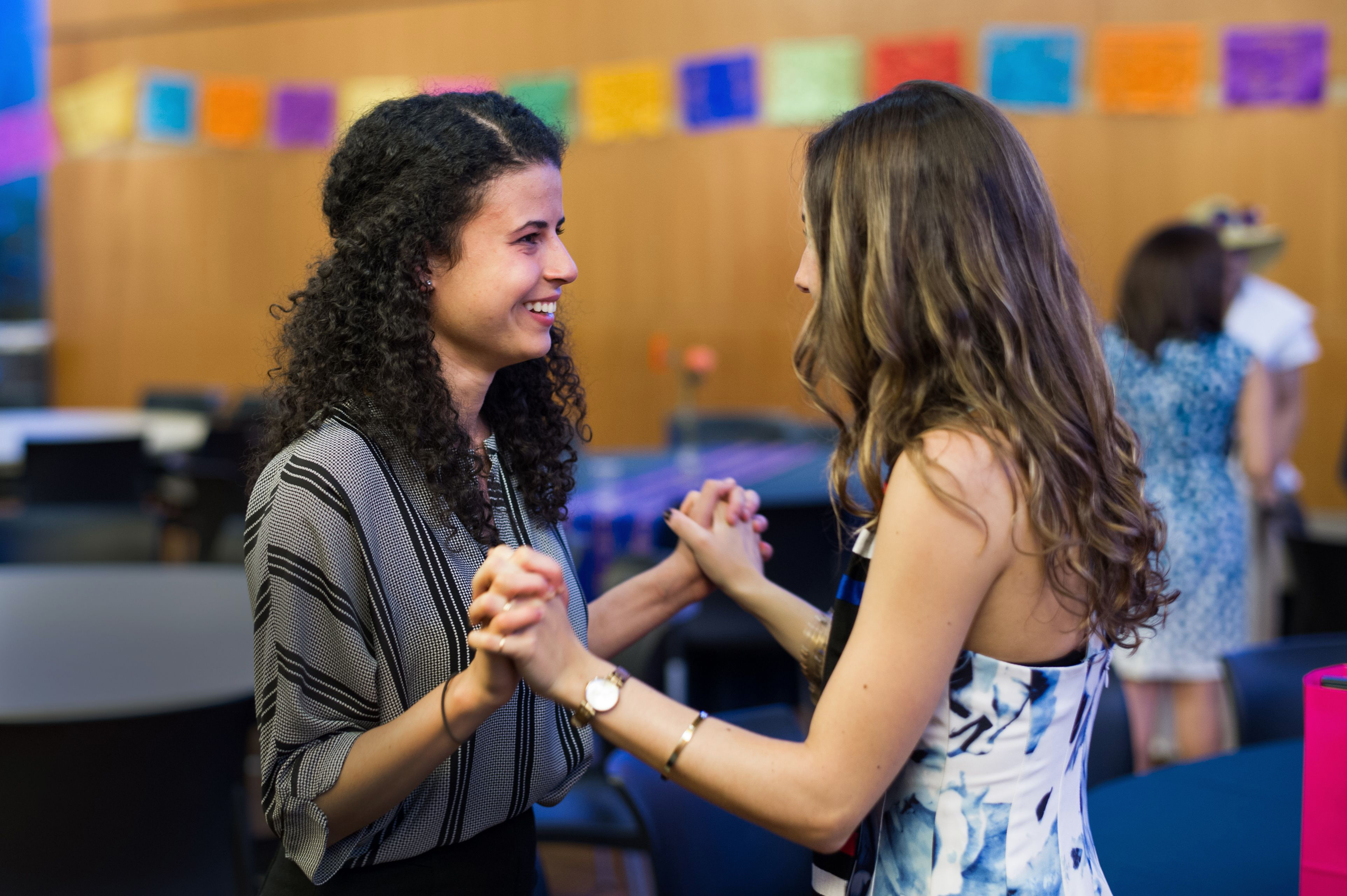 In the 1970s, activism in the Latinx community also began to expand. The Chicano Caucus was formed by Arturo “Turi” Moreno ’77, Frank Sanchez Reed ’76, Jose Maria “Chema” Cavazos ’78, and others in 1975 as a politically active group. In addition to social and cultural activities, the organization fought for more representation on campus. 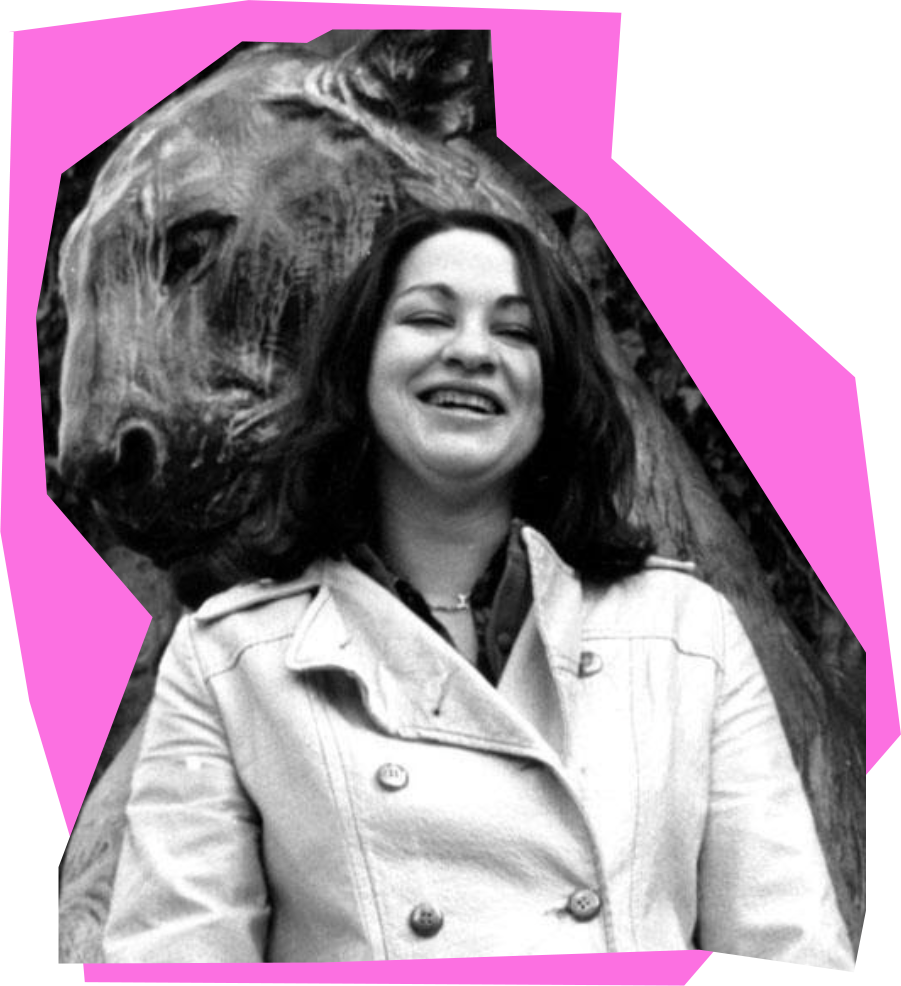 Sonia Sotomayor ’76 published an opinion piece in the Daily Princetonian entitled “Anti-Latino discrimination at Princeton” in 1974 to discuss low student representation, the absence of Latinx faculty members, and the lack of Latinx-centered courses.

In 2016, student organization PULPO (Princeton University Latinx Perspectives Organization) expanded on this work with a report calling on the University to expand and improve the Latinx Studies Program.

Image: Sonia Sotomayor ’76 in front of Nassau Hall during her senior year. (Office of Communications)

“It is only when Princeton fulfills the goal of being a truly representative community that it can attempt to instill in society a respect for all people—regardless of race, color, sex, or national origin.” 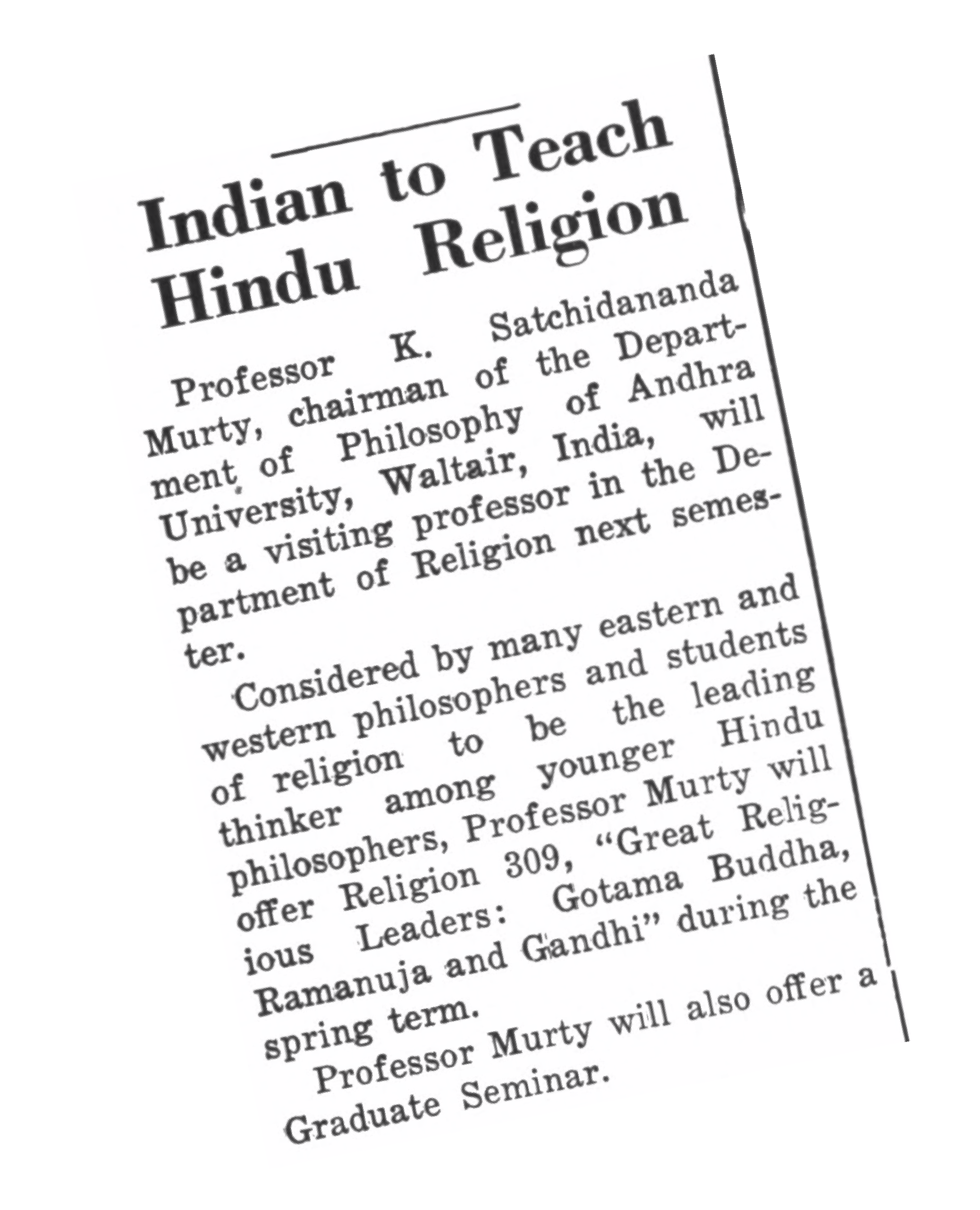 Over the decades, waves of activism have engendered additional programs for marginalized groups at Princeton. 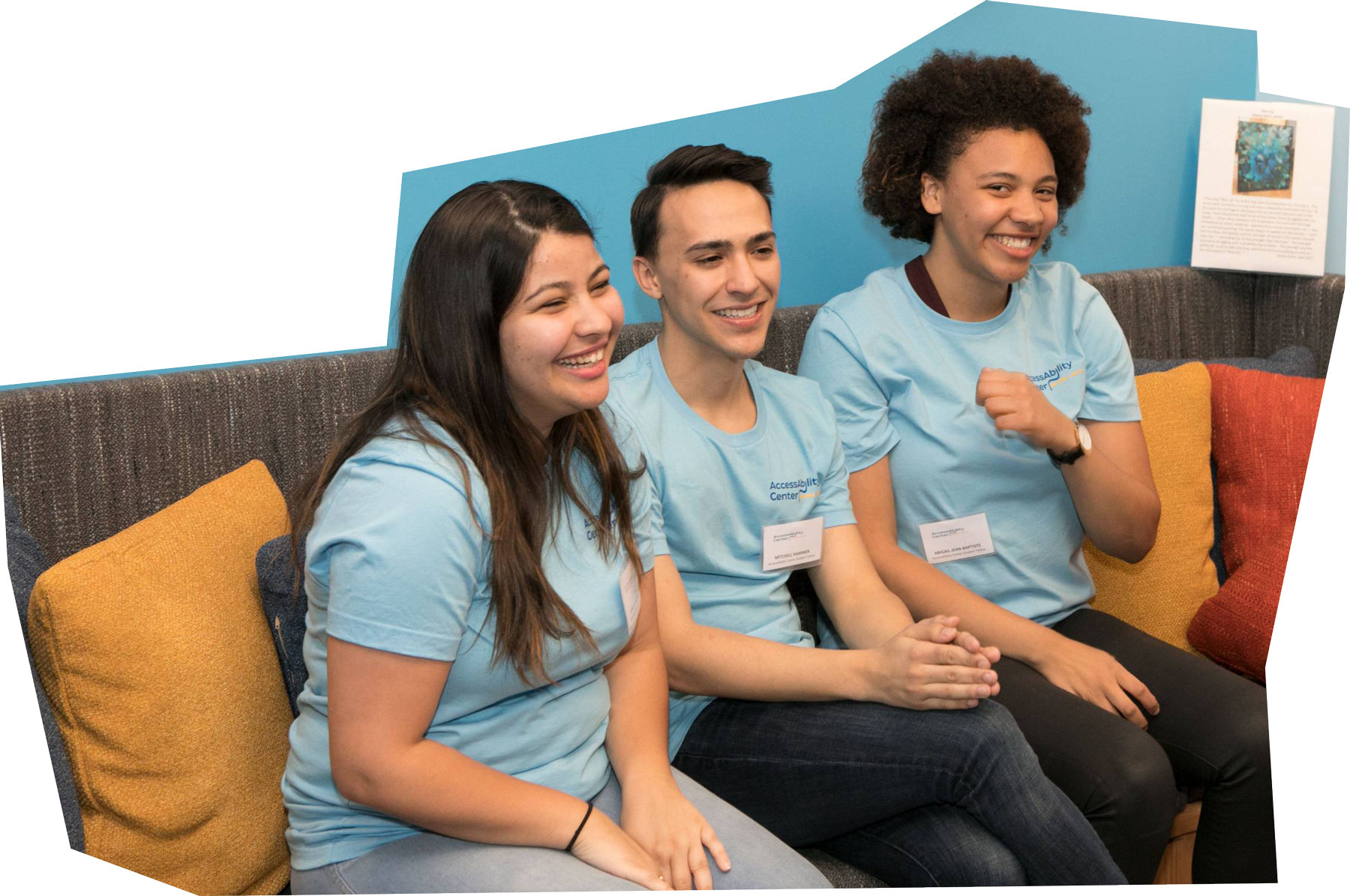 Accessibility, a long-standing issue at Princeton, has been tackled by the University community at the AccessAbility Center and other initiatives of the Office of Disability Services.

Image: Students celebrate the opening of the AccessAbility Center in 2017. (Office of Communications)
Source →

“Using a wheelchair on a campus that is as old as Princeton causes unique situations that both complicate and enrich my experience at Princeton.” 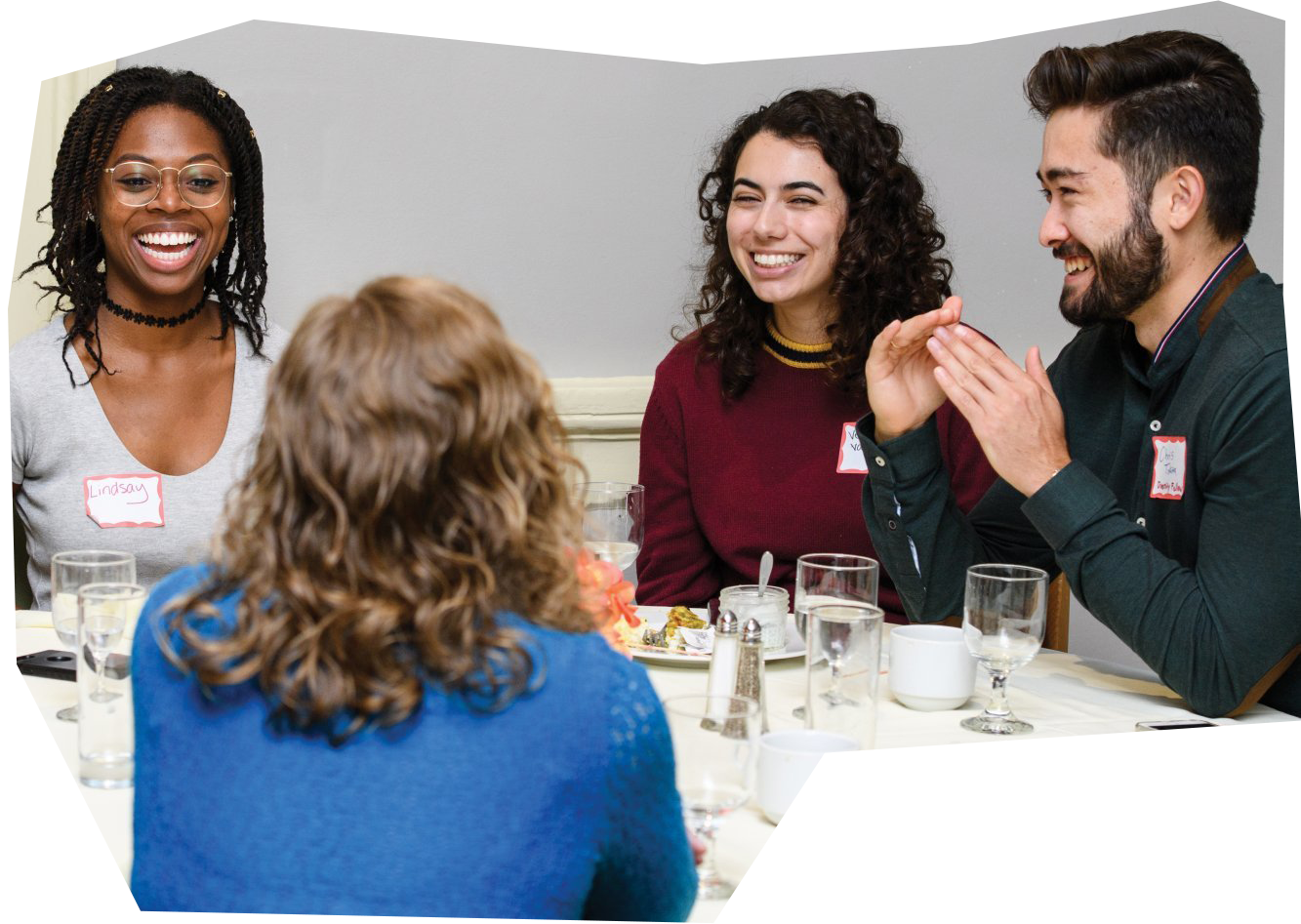 In the Graduate School, the Office of Access, Diversity, and Inclusion has enabled the University to welcome and nurture students from as many segments of society as possible. In 2015, graduate students advocated for the continuation of the Dean position. Since then, the Office has expanded. 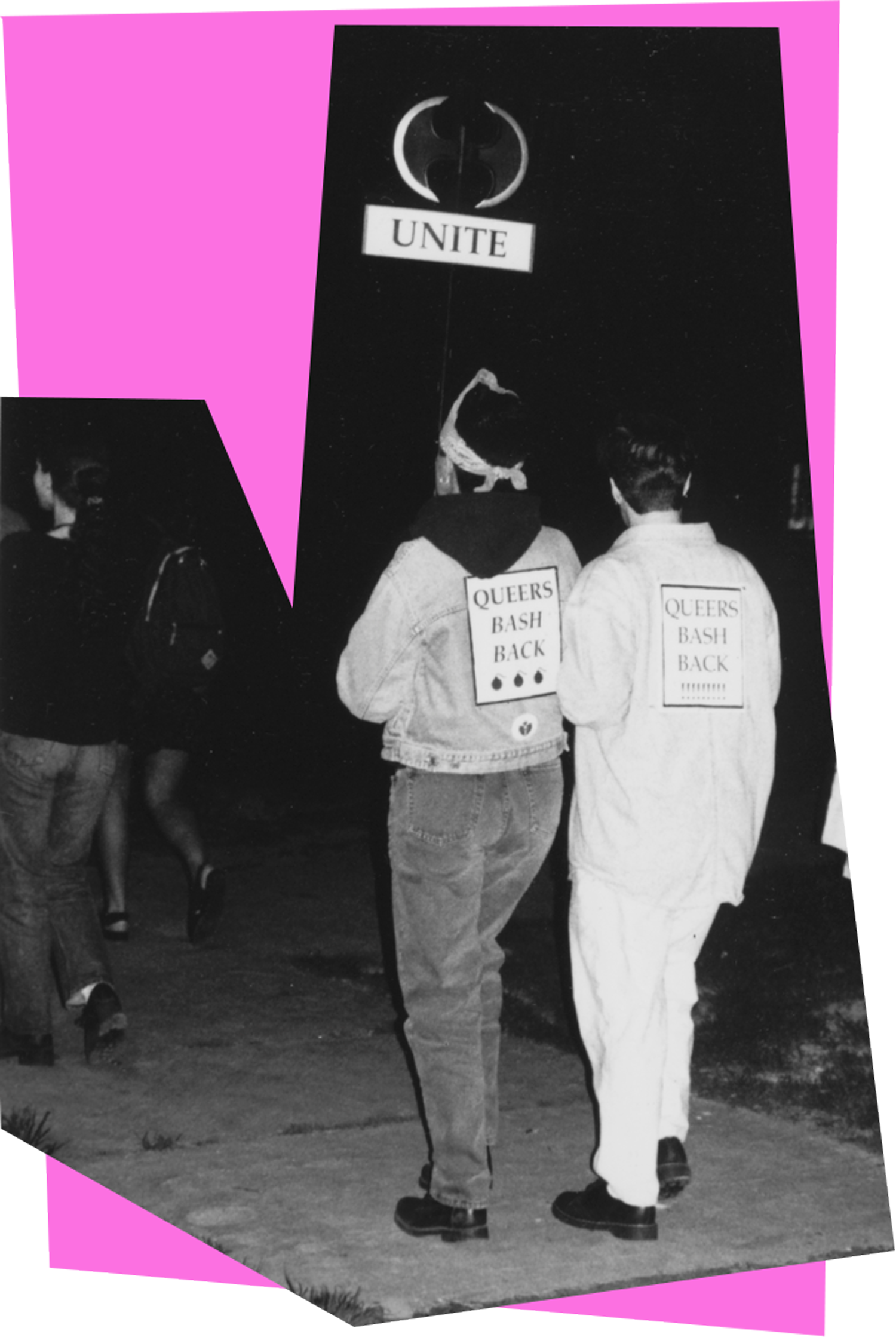 Activism in the 1970s and the decades following led to the hiring of a part-time staff member to support LGBTQIA students in 1989, a full-time staff member in 2001, and eventually the formation of the LGBT Center in 2006.

Today, the LGBT Center’s mission is to build a Princeton community where people of all sexual orientations and gender identities feel heard, affirmed, valued, and respected.

Image: A Take Back the Night march against sexual assault in 1994. (University Archives)

“Princeton was a very cliquey, judgmental place when I was there. And whether you’re talking about race or you were talking about sexuality or whatnot, if you didn’t fit into this kind of, I used to call it, the J.Crew catalog picture, you felt like you’re not fitting.” 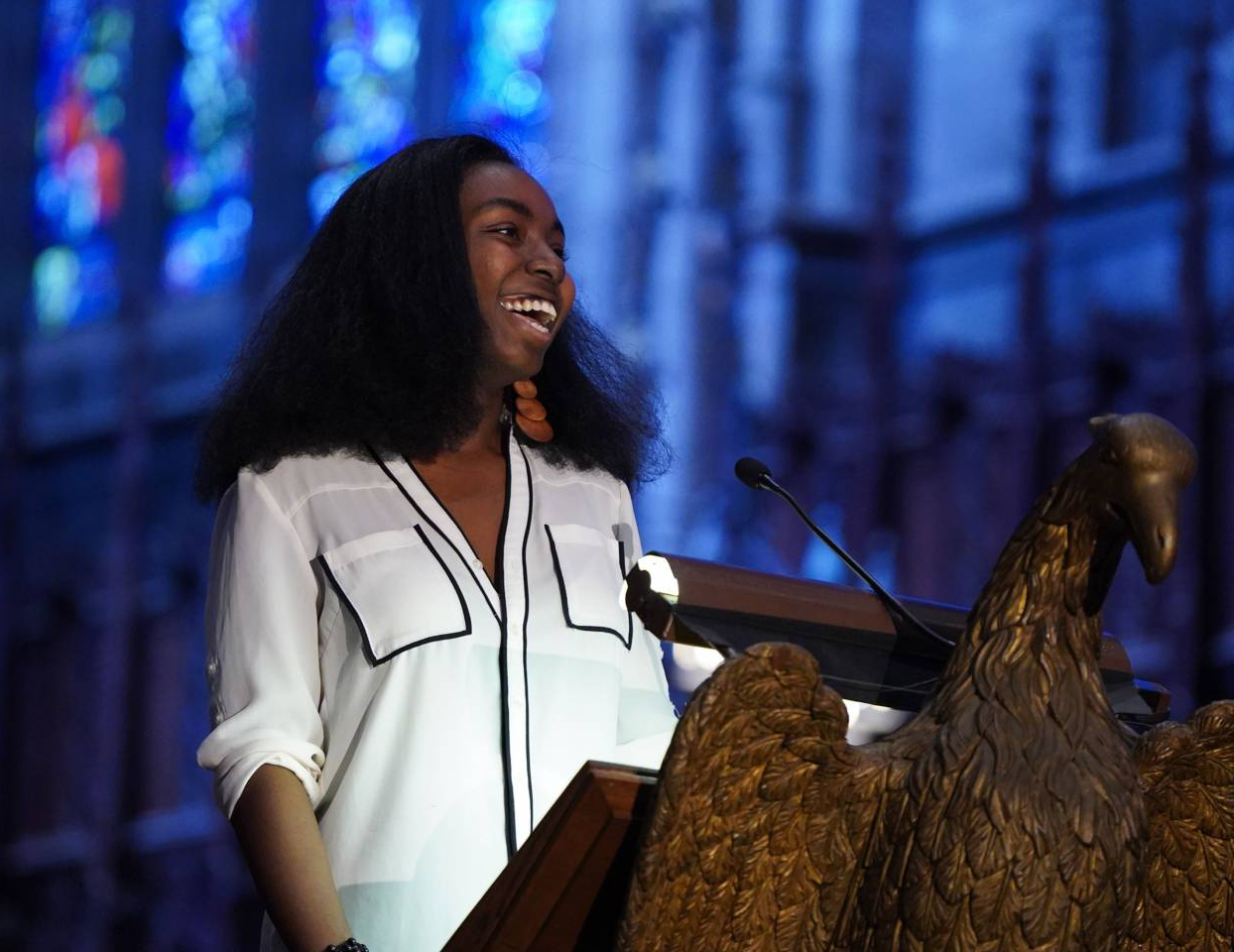 To support first-generation and lower-income students, Princeton created the Scholars Institute Fellows Program in 2015, providing mentorship and programming. Today, 18% of the Class of 2025 are first generation college students.

Image: Kiki Gilbert ’21 welcomes students to the 2019 “1vyG” conference during an address in the University Chapel. (Sameer A. Khan / Princeton University) 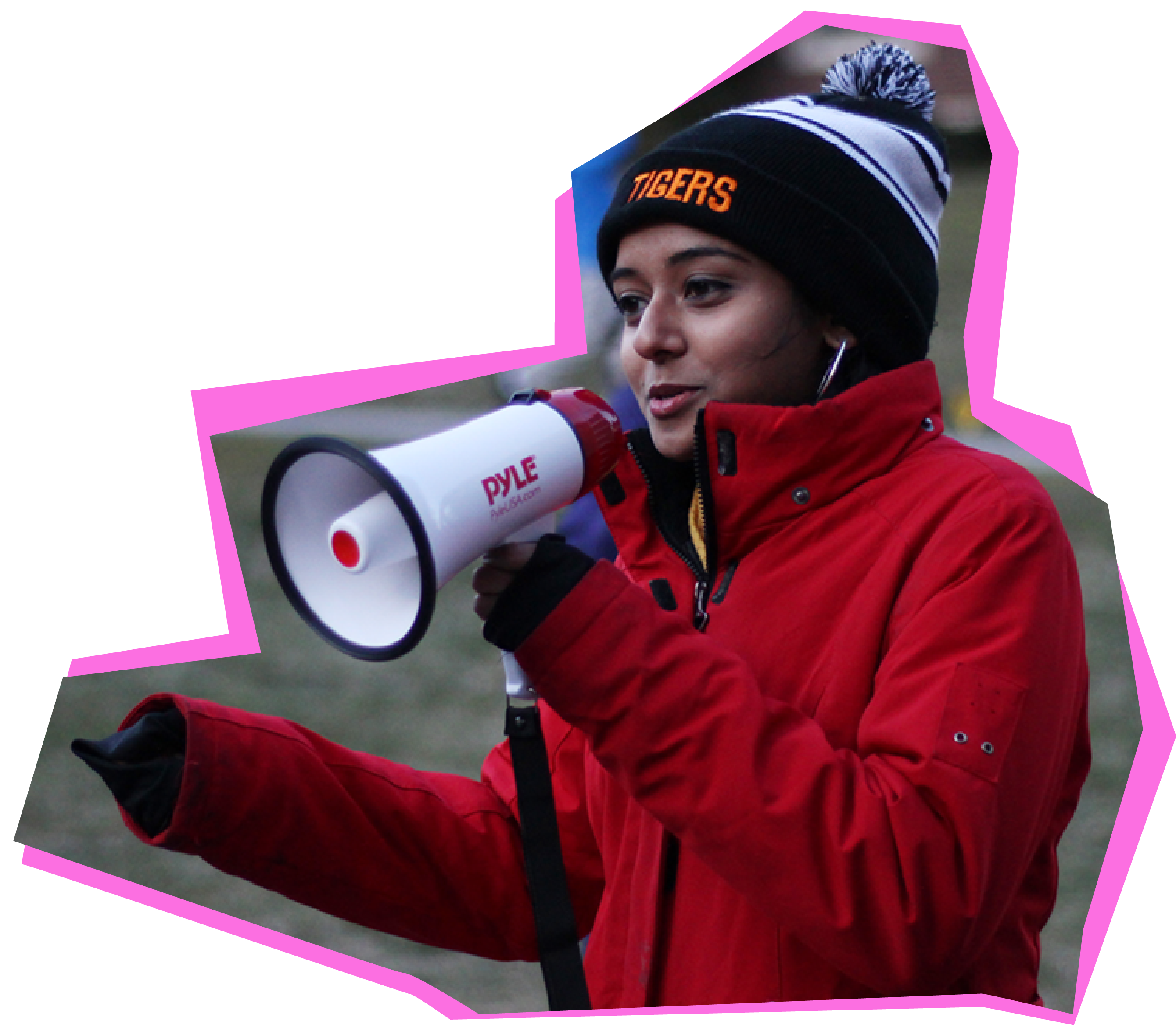 One of these Pace Center programs is the Princeton Indigenous Advocacy Coalition, which advocates for Indigenous students and studies at Princeton and works to support Native students and professors in recruitment and hiring.

Images: Almir Narayamoga Suruí, chief of the Paiter Suruí people, speaks at 2019 conference at Princeton on Indigenous communities and the environment. (Office of Communications) 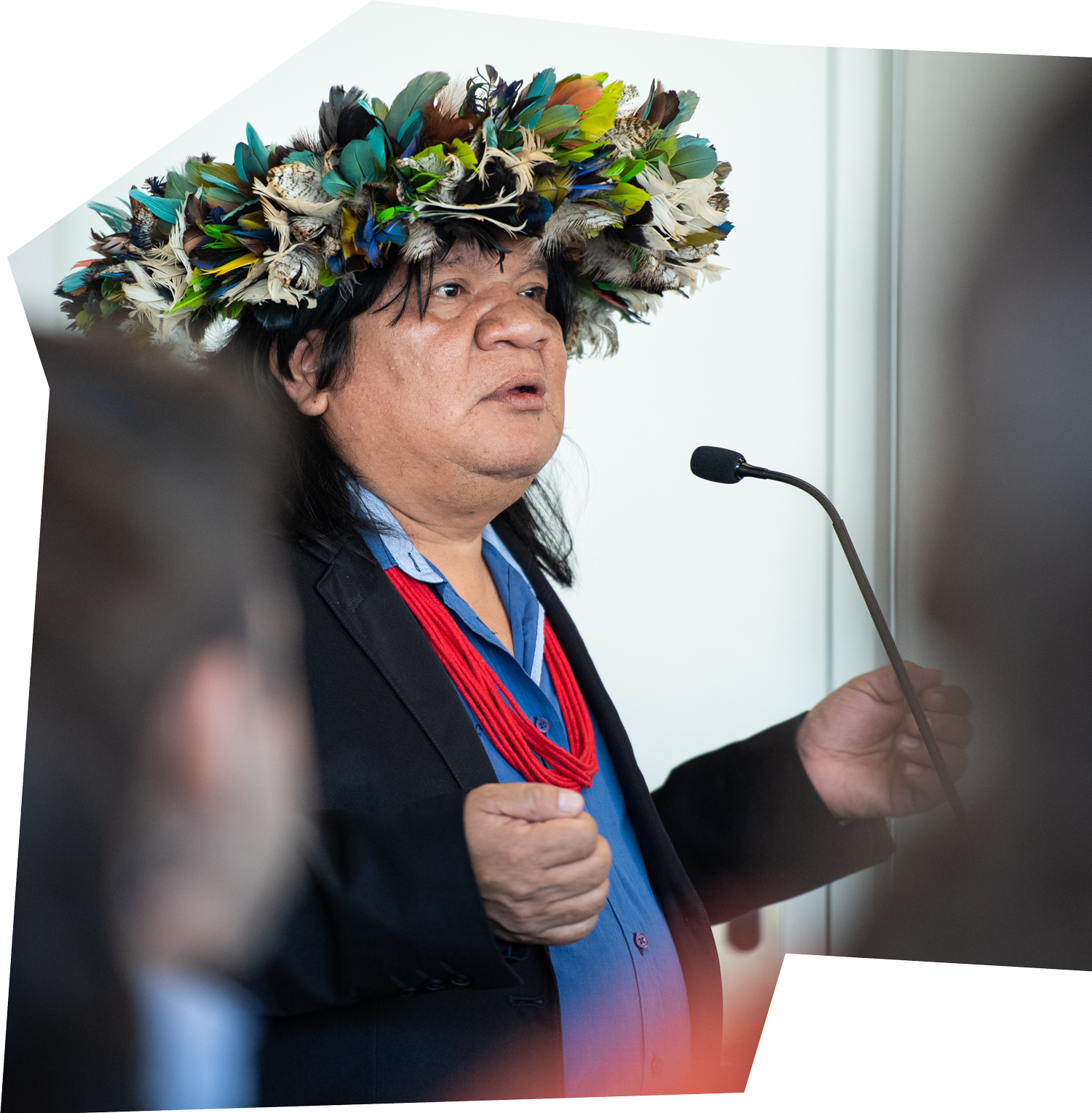 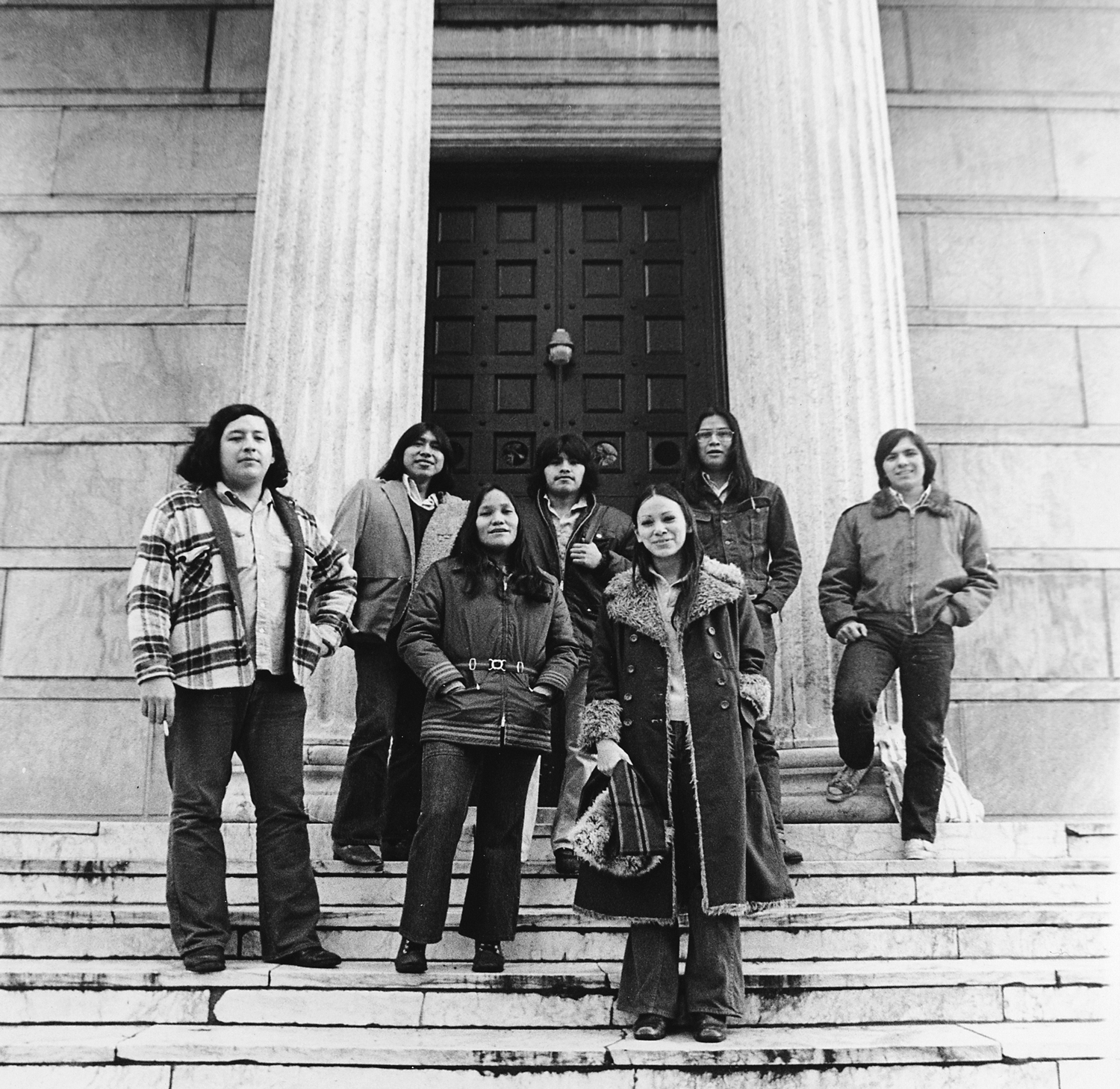 “Institutions were never designed for Native students. They were never meant to include us. Support us the best as you can as an institution of scholarship, support us as scholars and as people.” 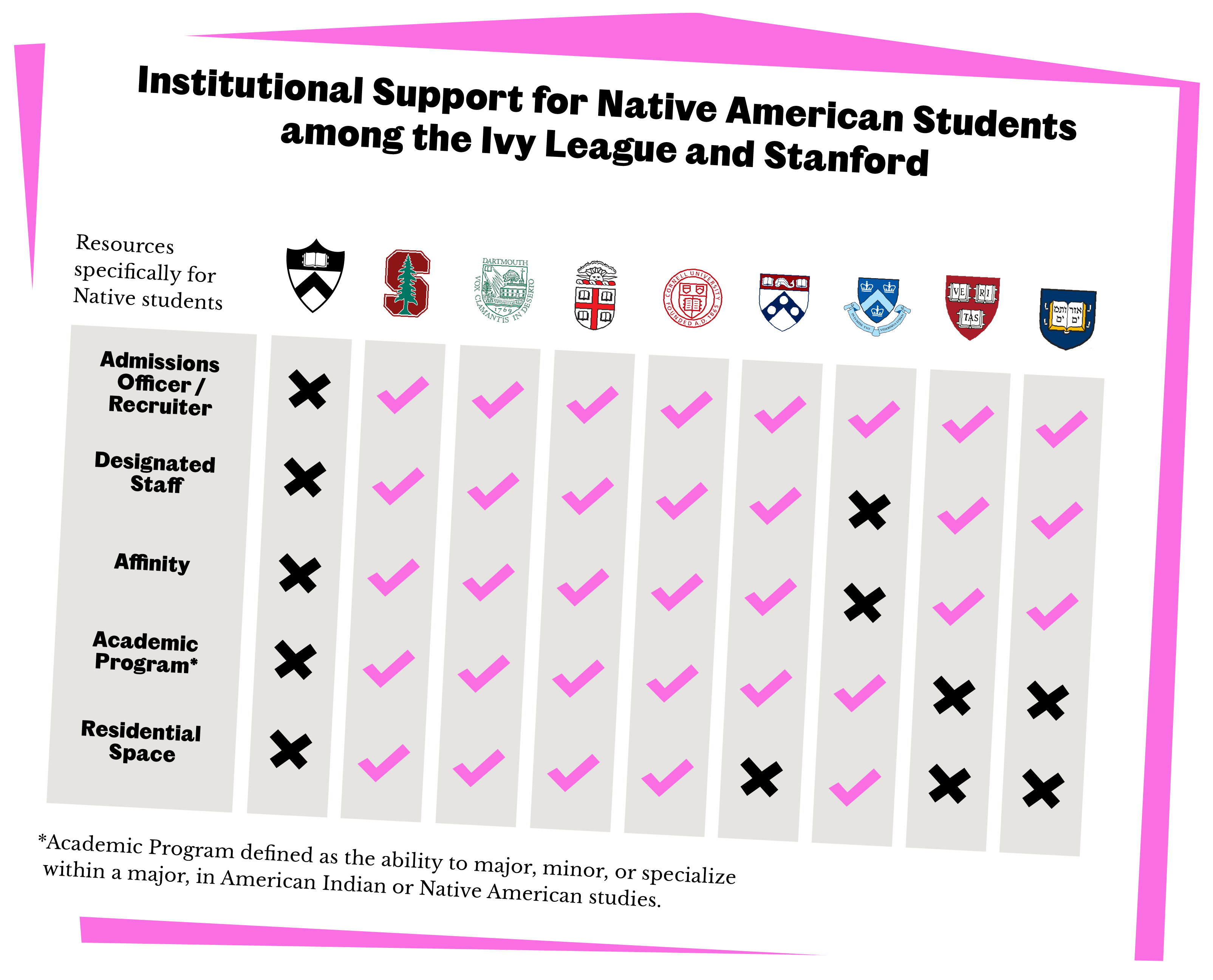 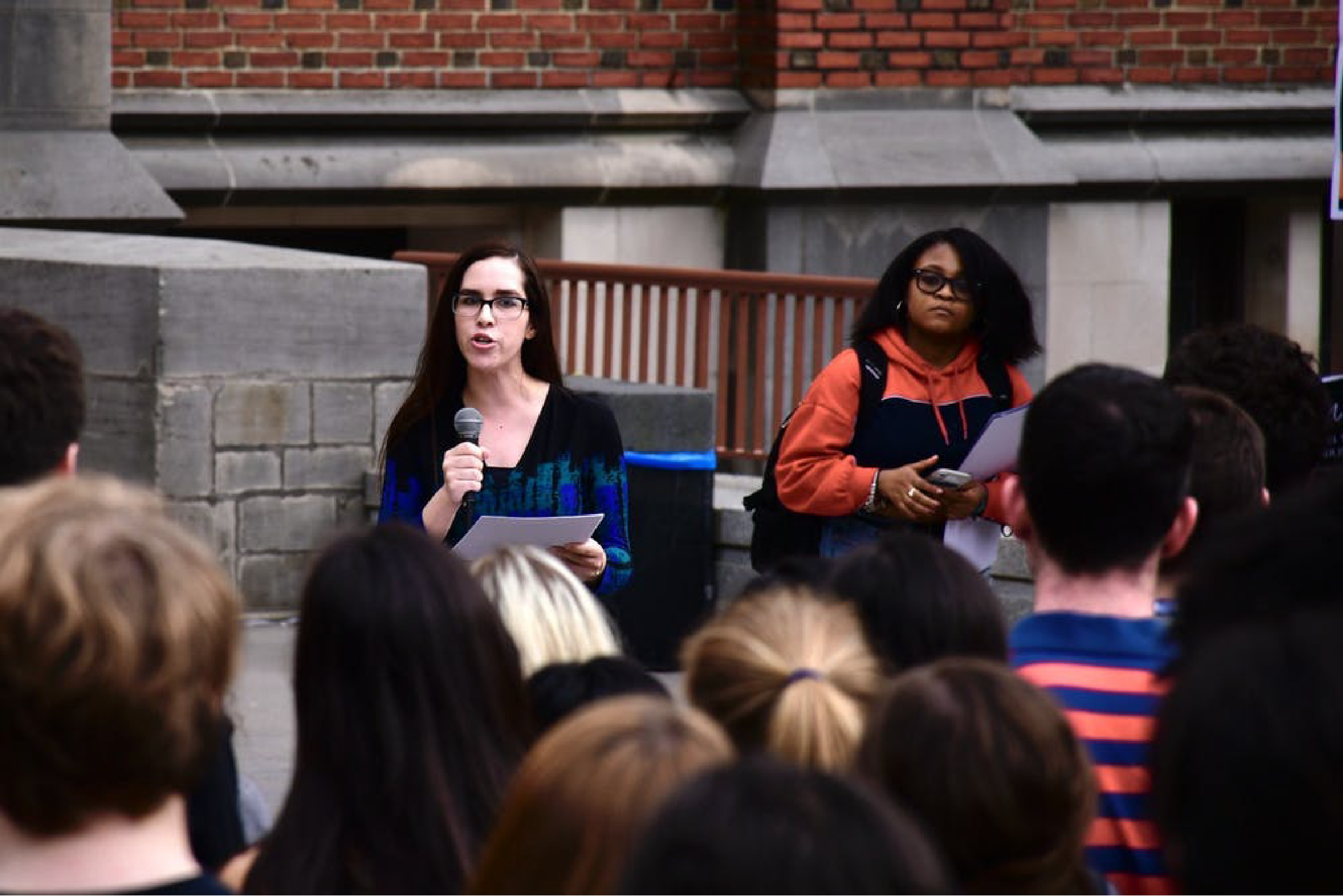 To educate the Princeton community about mass incarceration, which disproportionately affects people of color, activists formed Students for Prison Education, Abolition and Reform (SPEAR) in 2012.

The group has also advocated for “banning the box,” which refers to removing a question on the Princeton undergraduate admission application about conviction history.
‍
Image: A walk-out protest led by SPEAR in 2019. (Daily Princetonian) 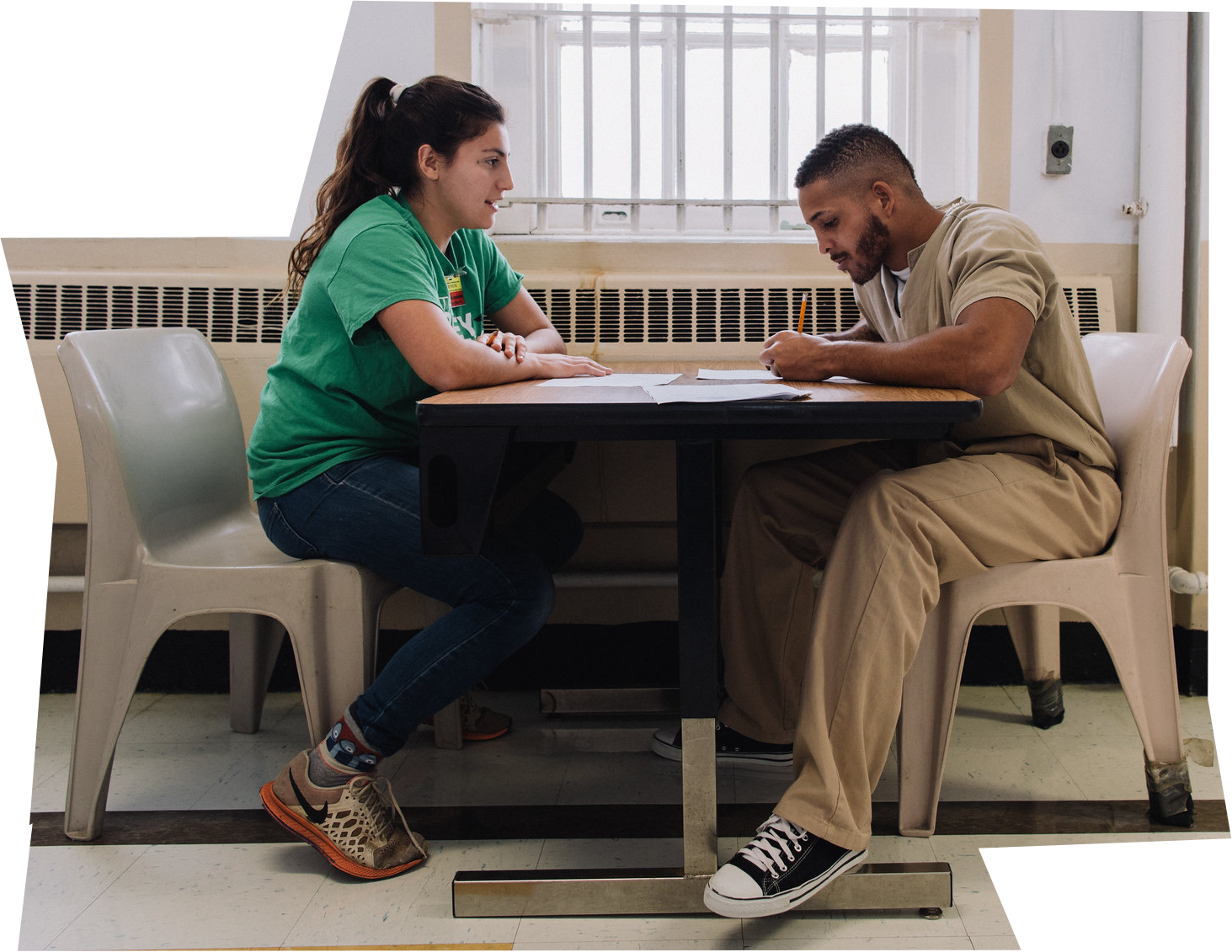 Another Pace Center program, the Petey Greene Program, has served as a platform for students to take action and provide tutoring to inmates in local prisons, including the Garden State Youth Correctional Facility.

Why is representation of marginalized identities in Princeton’s curriculum and student organizations important?

What community resources have made an impact on your life?

Are there other student groups or organizations that you would want to see at Princeton? 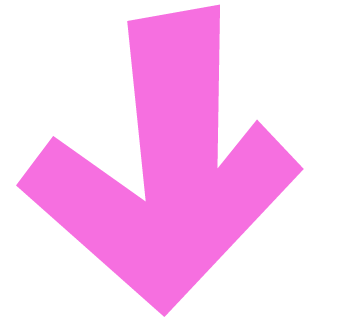 Many Princetonians have continued to imagine how the University might become a more just place.
‍In response to police brutality occurring across the country in 2020, Princeton established Princeton RISE (Recognizing Inequities and Standing for Equality), a new grant initiative to work with communities to explore and advocate for racial justice. 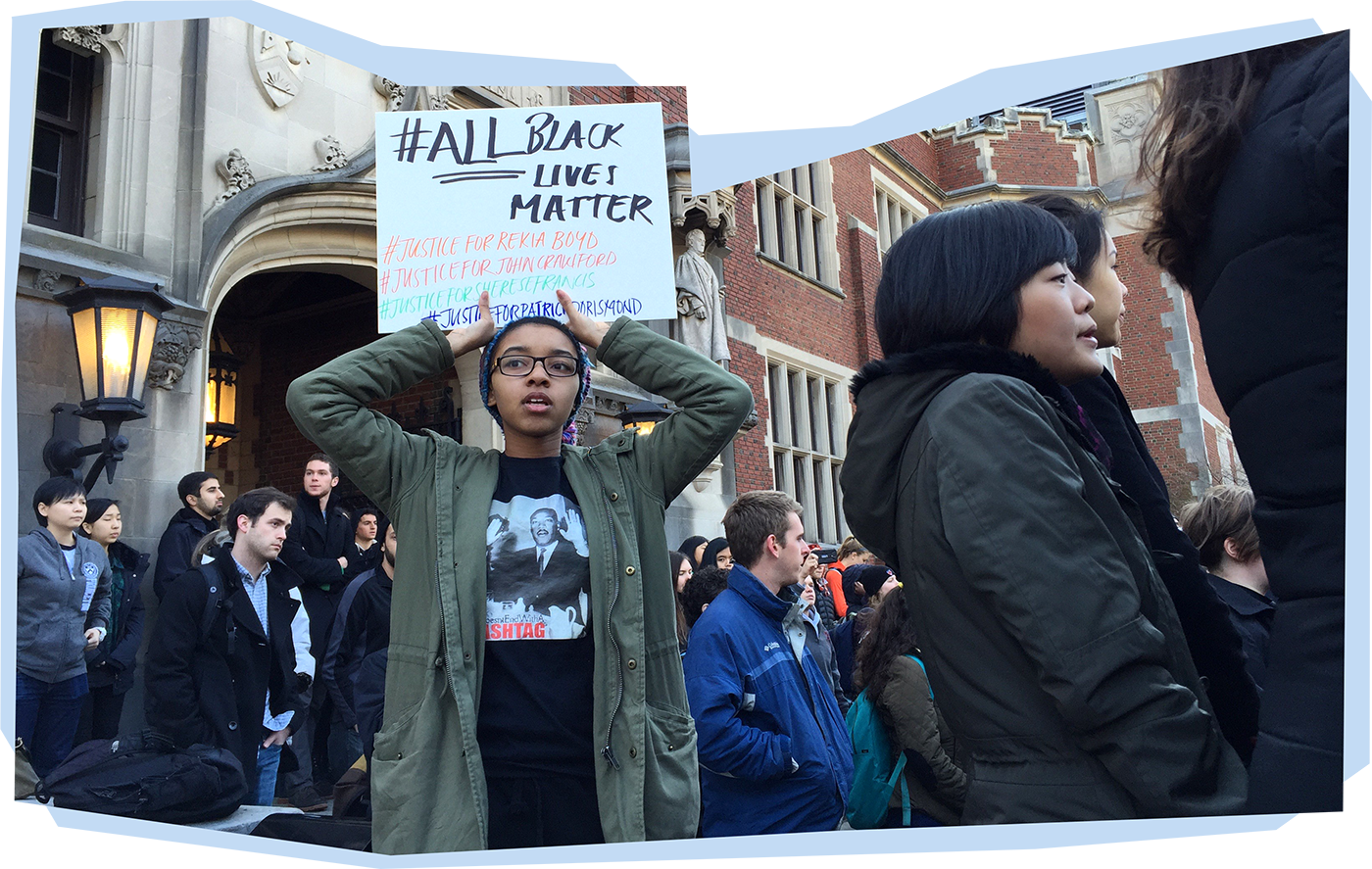 Image: Student activists participate in a walk-out and die-in on December 4, 2014.